The Case for Settling 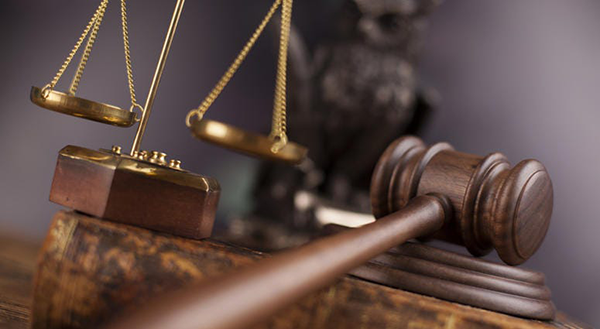 I often receive queries from supporters across the country who, after sharing their horrid stories of workplace abuse, inquire whether I would “advise” them to settle their claim or go the full route of litigation. Their questions are always sincere, as they are seeking my counsel as one of the nation’s premier attorneys on whistleblower law and anti-bullying. I am flattered by their vote of confidence in my expertise.

Yet as an attorney, I must reply each time that I cannot render legal advice to nonclients. That is a boundary that I must strictly adhere to as a matter of professional ethics. Therefore, you guessed it, I must give that disclaimer herein.

The decision as to whether or not you choose to settle your action or take it the distance is for you to make, hopefully guided by a competent and committed attorney who has formed an attorney-client relationship with you. Accordingly, what I share herein is absolutely not to be construed as legal advice. Each case is different, both in terms of the strength of the case and what approach makes the most strategic sense.

I offer here only my personal observation based on my experience as a whistleblower and survivor of workplace bullying, which I write about in my book – The Whistleblower: Defeating Bullies, Harassers & Management Gang Retaliation (available on Amazon).

There are several realistic factors that heavily influenced my decision to settle my retaliation and harassment case against the United States Department of Homeland Security (DHS), namely against the Office of Civil Rights & Civil Liberties, and the Office of the Chief Human Capital Officer. Allow me to briefly address each factor:

Time and Expense of Litigation. People are mesmerized over Hollywood dramas and news clips where the underdog plaintiff (complainant) succeeds in a multi-million-dollar jury verdict against the Goliath corporation in a whistleblower retaliation action. Of course, we all know that Hollywood does not depend on reality to stay in business.

And as for the media, be not fooled by the one sensationalized case out of one thousand cases that go the other way. It stands to reason that if winning big at trial were the norm in such cases, it would not be on the evening news.

What we don’t see in the media clips and in the movies is the many years it took for the case to reach that dramatic conclusion – the emotional, physical and spiritual drain the toll took on the lowly plaintiff. We also don’t see how much money, often to the point of bankruptcy, it cost the plaintiff in legal fees and oftentimes medical expenses to stay the marathon course.

Appeals. Large employers – corporations, government, etc., typically have on their payroll an army of lawyers whose job it is to defend the agency’s interests. Sometimes appeals occur due to a legitimate sense that the lower court wrongfully decided against the company. Yet in the real world, which is the one that I focus on as an attorney, oftentimes companies exhaust their appeals simply in an effort to crush the will of the plaintiff – even as an act of retaliation for having brought the claim in the first place.

In my book, I coined the phrase “Management Gang.” These conniving bullies know full well that the plaintiff’s financial resources are typically very limited, while theirs is virtually unlimited because their company lawyers need something to keep them busy.

Drawn out appeals do not cost the management gang a single penny personally. It is the plaintiff who must bear his or her own burden of challenging appeals – often to his or her own detriment.

I have heard from so many supporters who have shared their outrage and true hurt over the dastardly deeds of workplace bullies. When treated with such indignity and disdain by those who hired you to be a part of their “team,” it is only natural to desire to bring the full weight of the law down upon these bastards. For many who have reached out to me, they view settlement as a “cop out,” abandoning their principles.

I hear you. Remember, I am not just an author and attorney who has a passing intellectual interest in the issue of workplace bullying. I’ve walked a mile or two in your shoes. I’ve felt your pain and outrage.

Yet I walked away on July 27, 2018, feeling and in fact knowing that my (undisclosed) settlement against DHS represented a victory for me, not capitulation. Why? Because I knew it was FINAL and could not be appealed.

I also knew, with great satisfaction, that I had deprived the bastards of draining my resources, my health and my spirit for years to come had I continued the case. I knew that I had exercised keen intellect, prudence and savvy in reaching what was a very honorable and unusually high settlement.

I walked away having won on every single issue that I cared about – my dignity being the top issue, and of course a considerable amount of money which enabled me to write my book and launch my national office – WARN.

In conclusion, does settling always make sense? No. Sometimes the offered settlement is meant to add insult to injury. That, too, is a fact of real life dealing with management gangs and bullies.

To be perfectly clear, am I “advising” you to settle your claim? No. I offer advice only to my clients. See your attorney for advice on this matter.

I am merely saying it has been my observation that many people are led astray by Hollywood and media accounts of trial drama. If I have any advice to give you, it is simply this – be sensible and prudent in making these decisions. Define for yourself what victory means and looks like for you.

Fight the good and intelligent fight. And as always, dear comrades, stay noble.

White Paper on Whistleblowing in America

White Paper on Whistleblowing in America